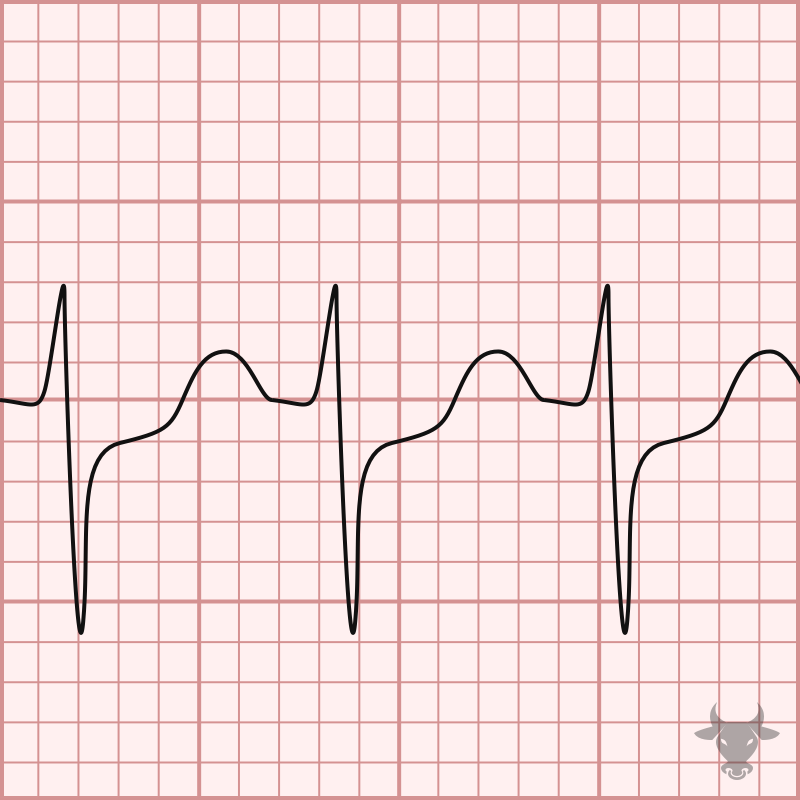 In the setting of regular, narrow complex tachycardia, P waves can aid the diagnosis but are often absent. At faster rates, sinus tachycardia can be obscured when P waves are buried within the T waves. P waves in a sawtooth pattern favors atrial flutter (2:1 conduction usually has a ventricular response rate around 150 bpm). While most cases of AVNRT do not have visible P waves, up to one third of AVNRT cases will show retrograde P’ waves immediately following the QRS complex, giving the appearance of a “pseudo-S wave” in the inferior limb leads, or a “pseudo-R wave” in V1. Rarely, atypical “fast-slow” AVNRT can produce retrograde P’ waves that precede the QRS complex. A regular, fixed R-R interval without respiratory variation would oppose the diagnosis of sinus tachycardia, while a labile heart rate that changes with positions or respirations favors sinus tachycardia. While the traditional equation for calculating maximal heart rate (220 – age) has come under scrutiny and other equations exist, it remains a simple bedside tool for helping to determine the likelihood of sinus rhythm.

Retrograde P waves are seen immediately following the QRS complexes in leads V1 and II, and appear like pseudo-R and pseudo-S waves, respectively. 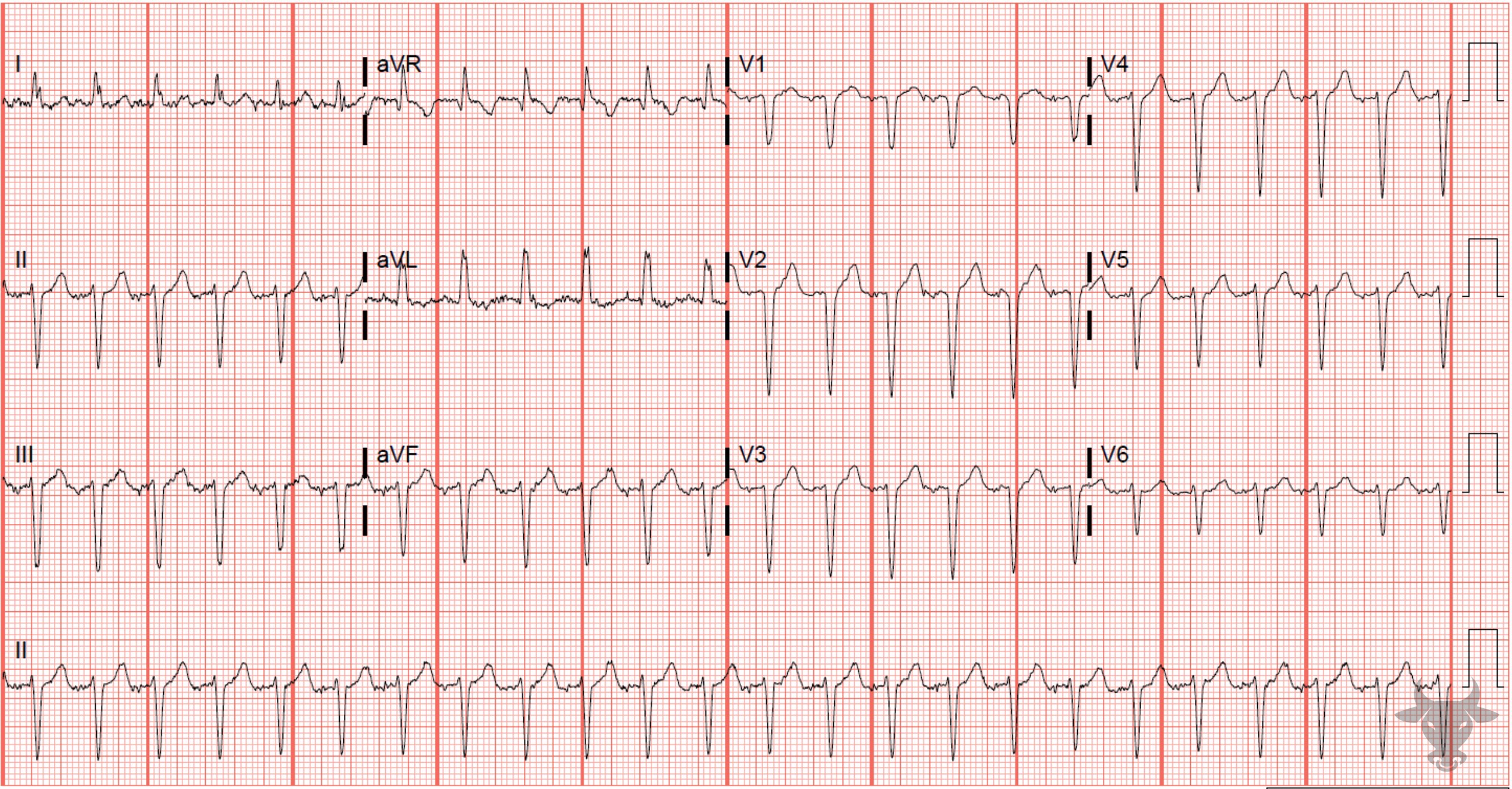 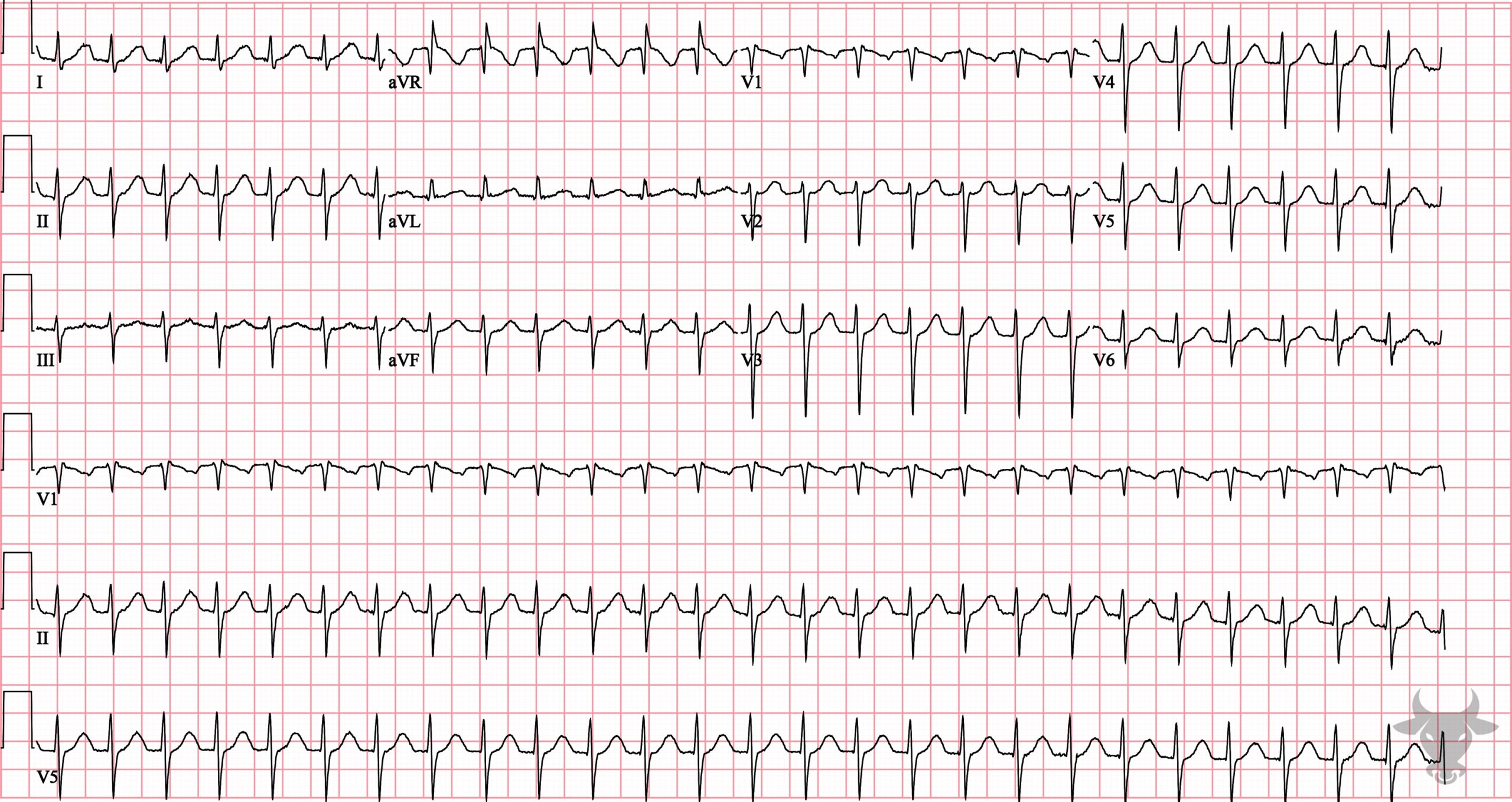 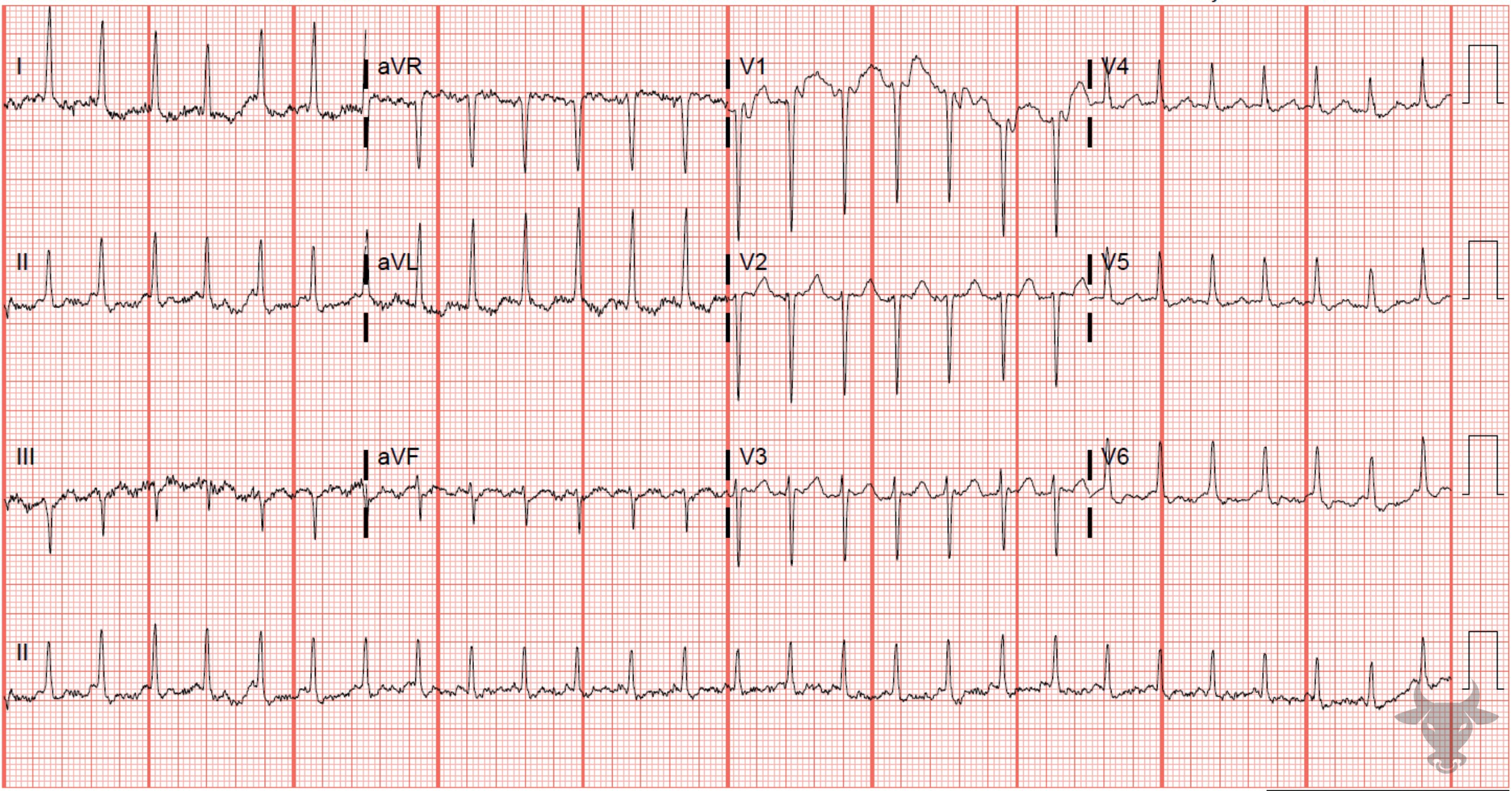 Placement of the Lewis lead unmasked the underlying 2:1 conduction. 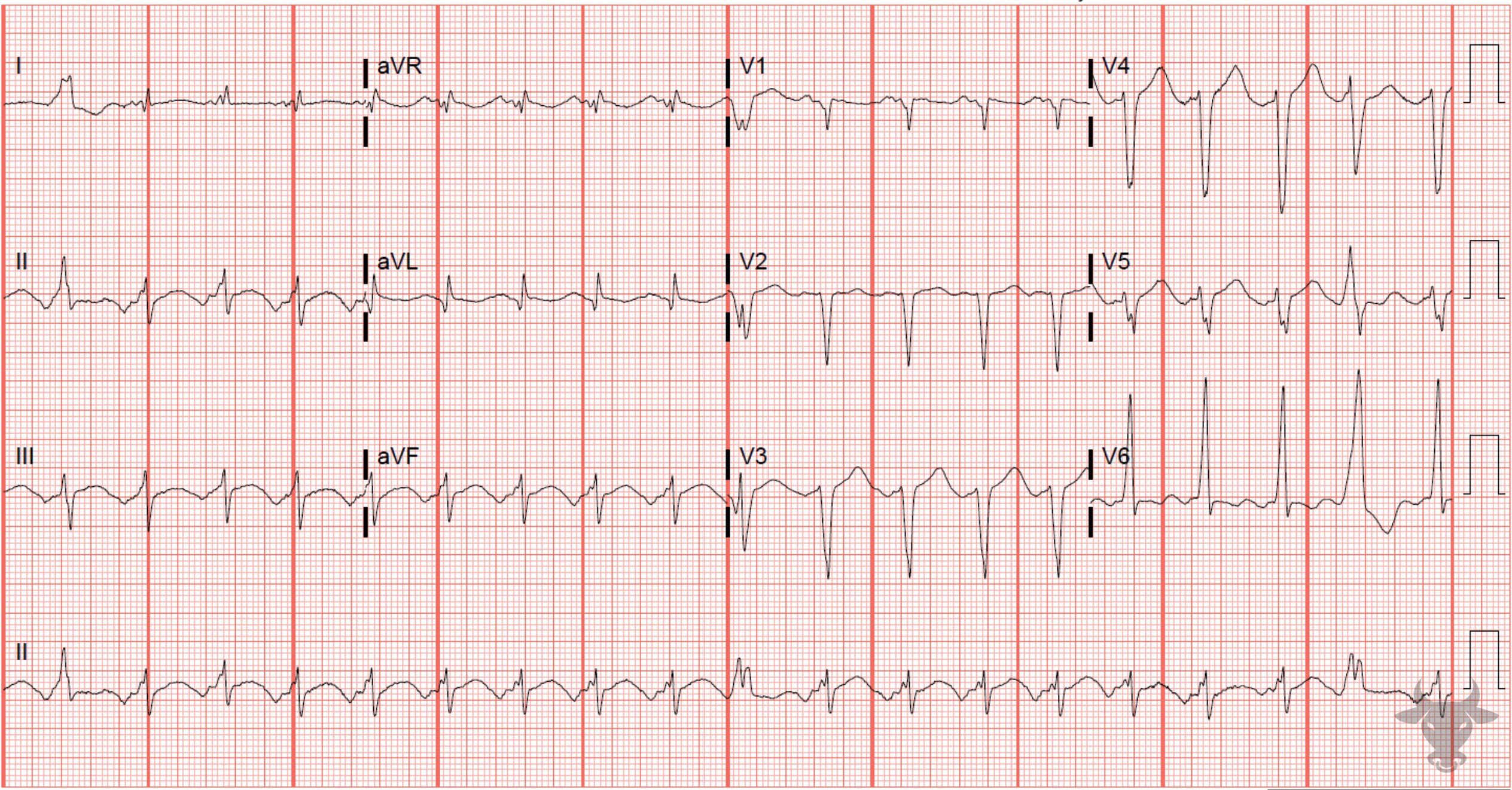 2:1 atrial flutter in an infant.

The wide complex seen here was exactly consistent with the patient's known left bundle branch block. This is one instance when supraventricular tachycardia with aberrancy can be reliably diagnosed. This patient was successfully converted with adenosine.