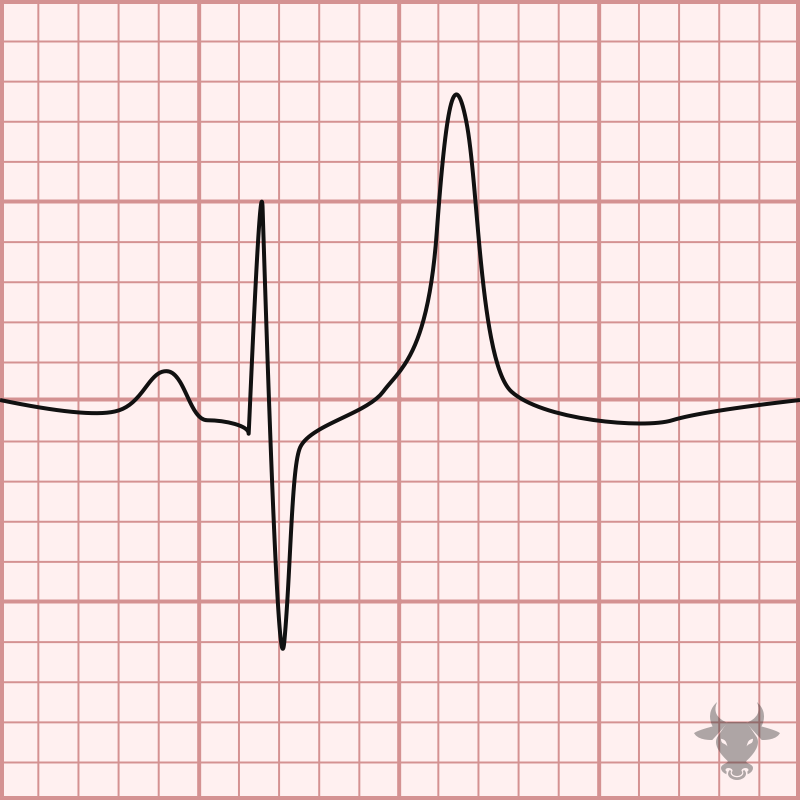 Electrocardiographic findings of hyperkalemia tend to follow a progression as toxicity progresses. Often, the earliest finding is narrow-based, peaked T waves, and at the extreme end of the hyperkalemia spectrum, a sine wave morphology is a harbinger of pending ventricular fibrillation. The ECG can be used to predict short-term hyperkalemic adverse events. According to one retrospective study of 188 patients with severe hyperkalemia, the following three findings predicted adverse outcomes within six hours:

Notice that peaked T waves were not found to predict acute adverse outcomes. 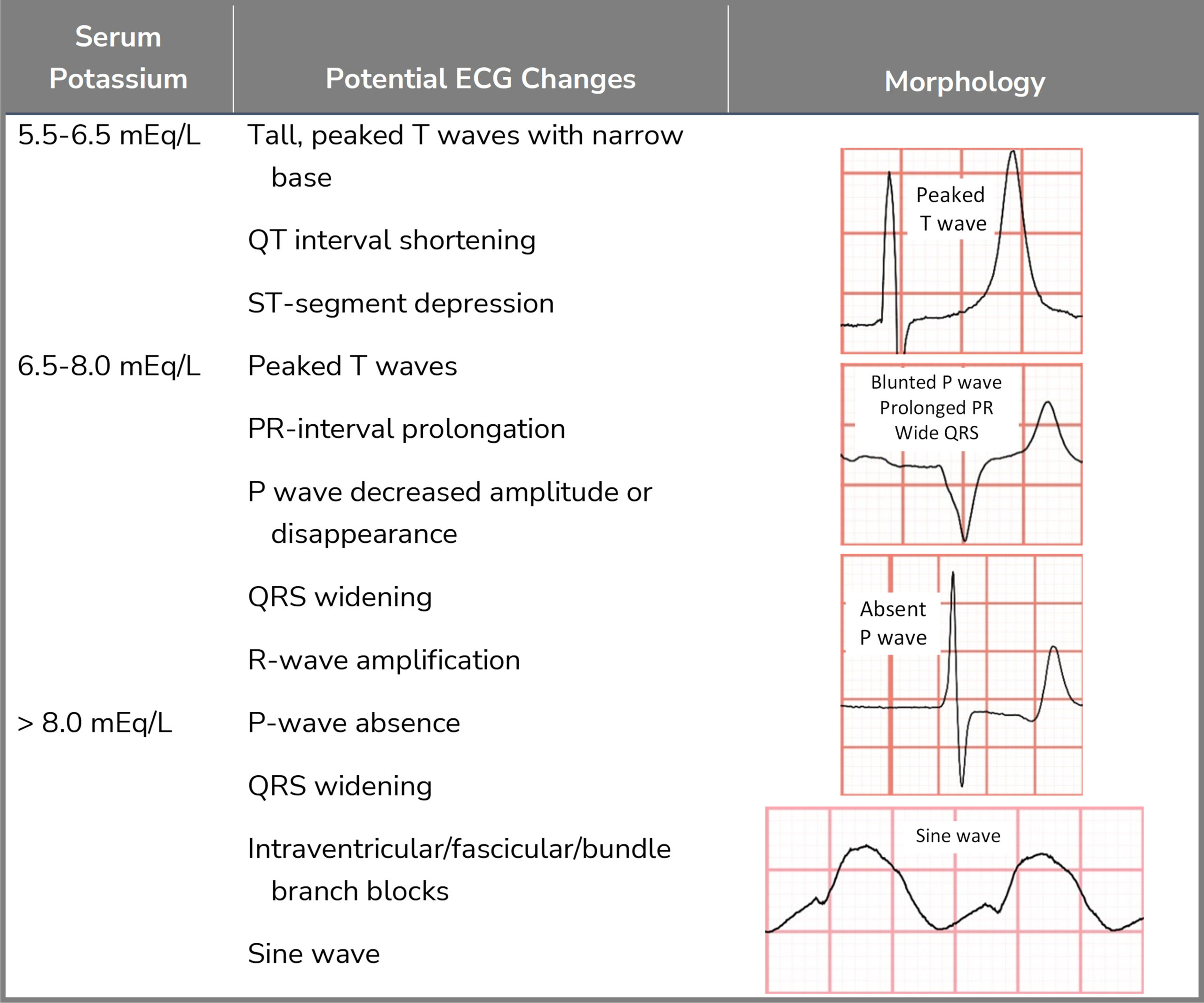 Hyperkalemia can mimic STEMI as with this case. Note the very wide QRS. 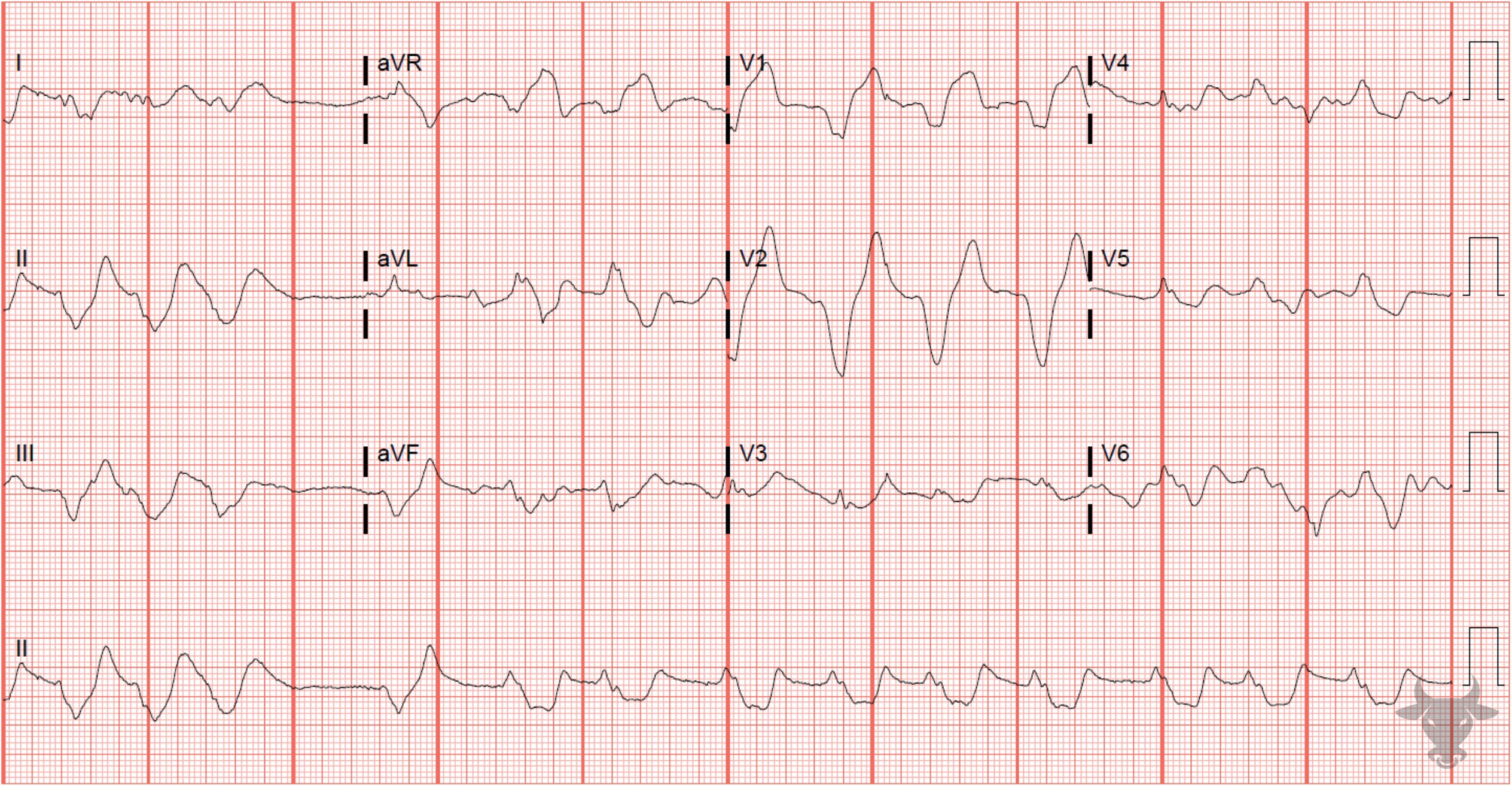 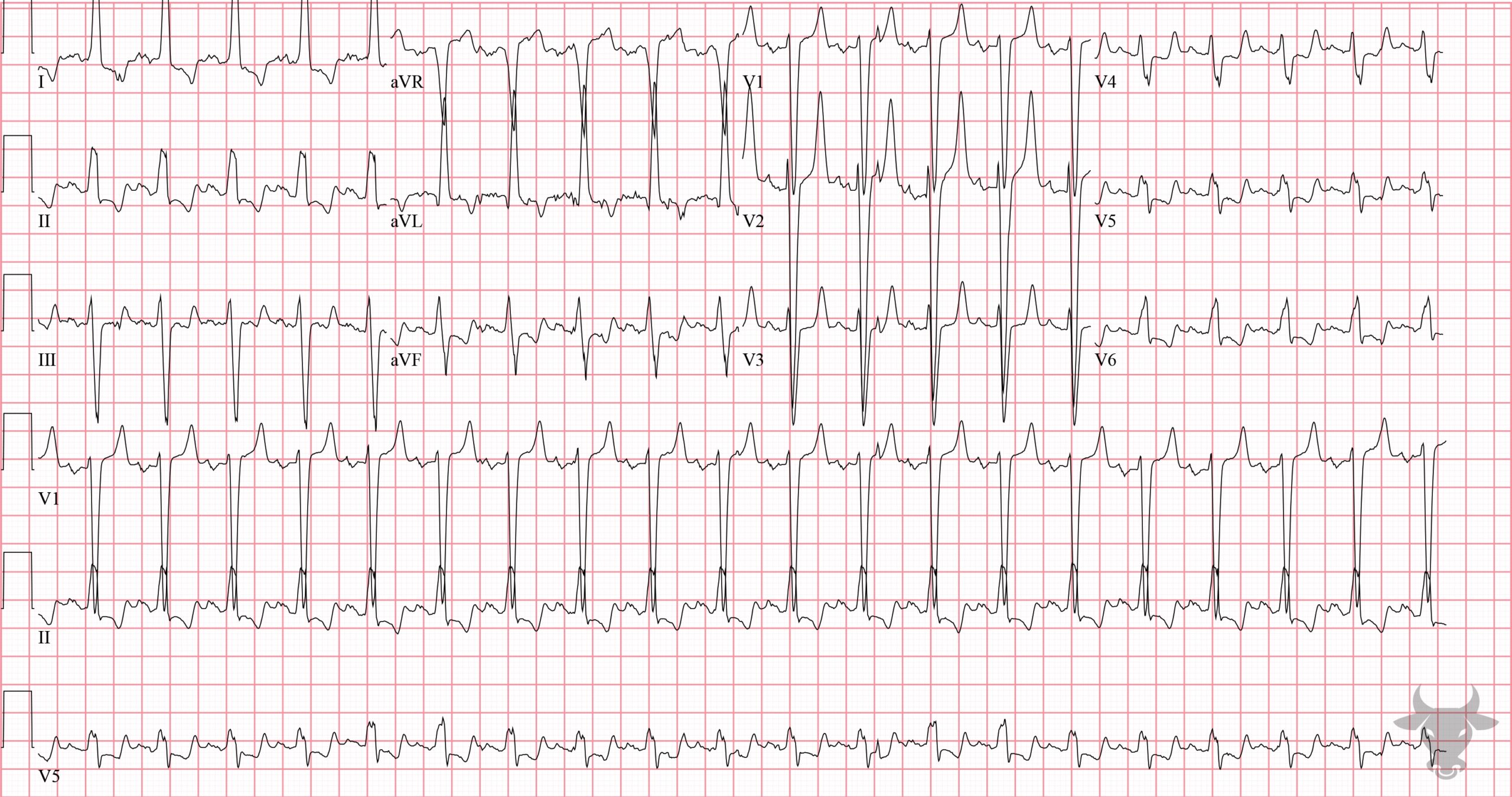 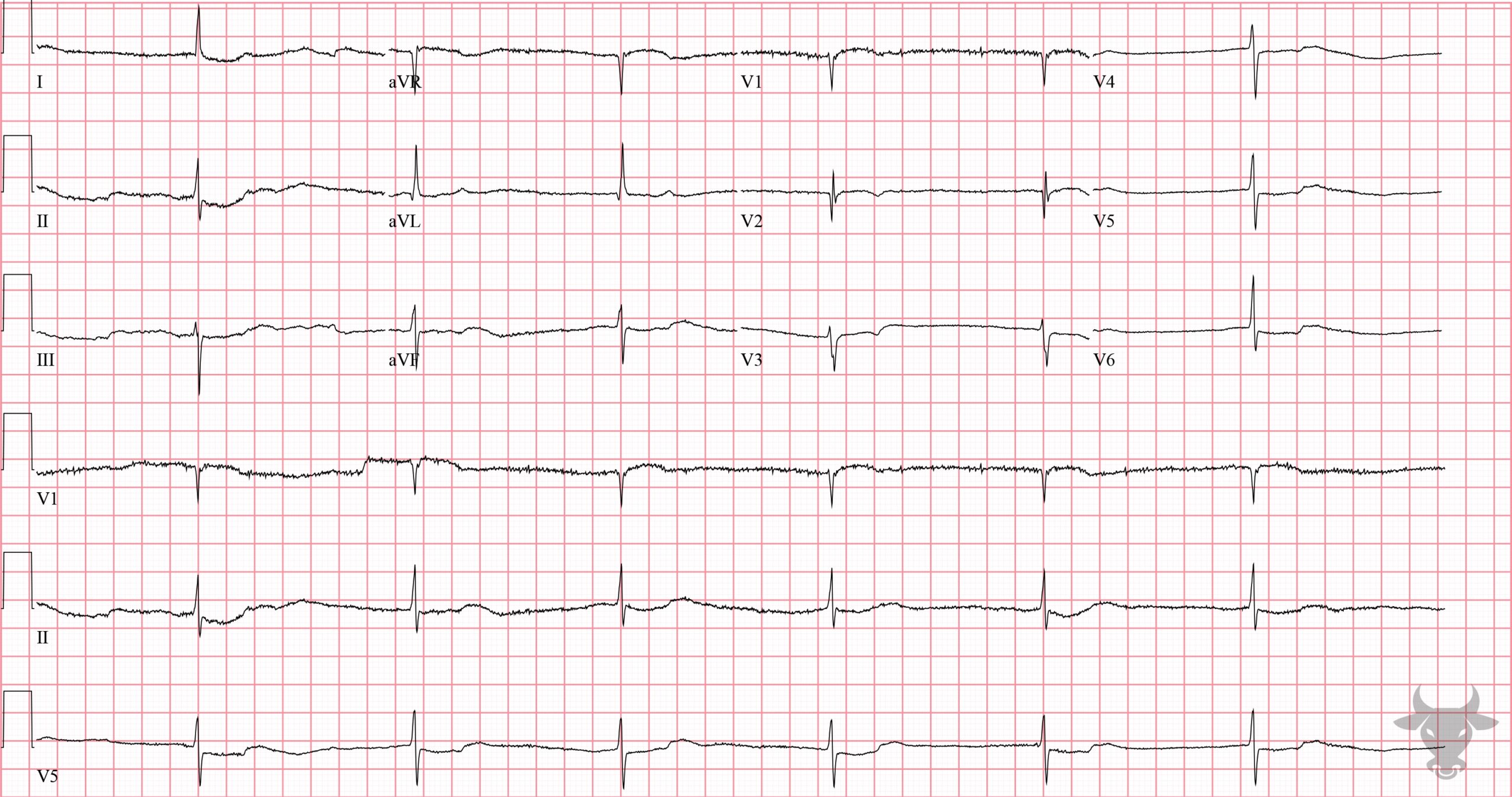 This ECG shows the classic "dig effect" (i.e., scooped ST segment) and a junctional bradycardia in a patient with acute renal failure and hyperkalemia. 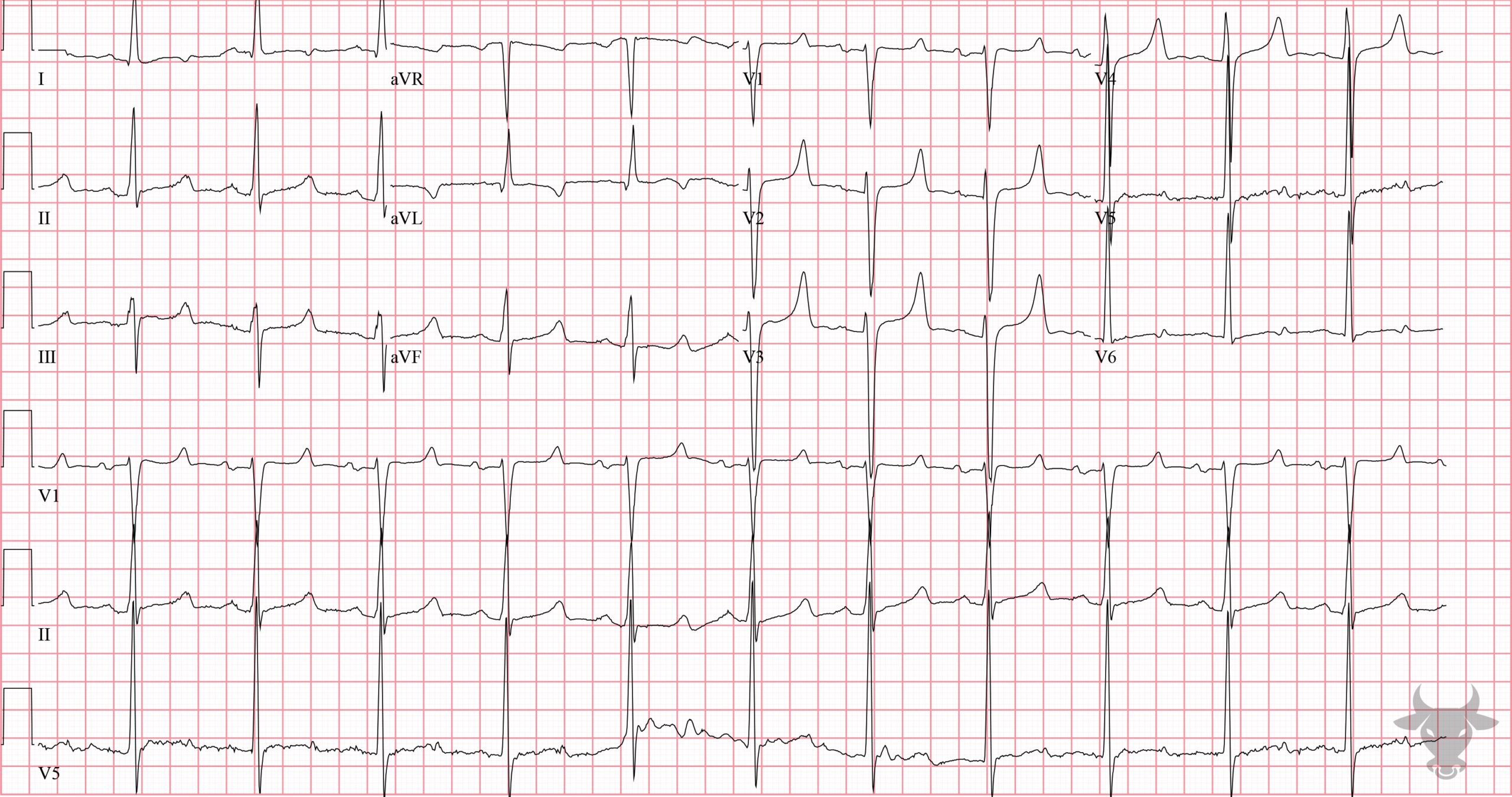 QT prolongation by way of lengthened ST segment is specific for hypocalcemia (as opposed to broadening of the T wave or T-U fusion). The peaked T waves also suggest hyperkalemia. This is a classic ECG for patients with end-stage renal disease.