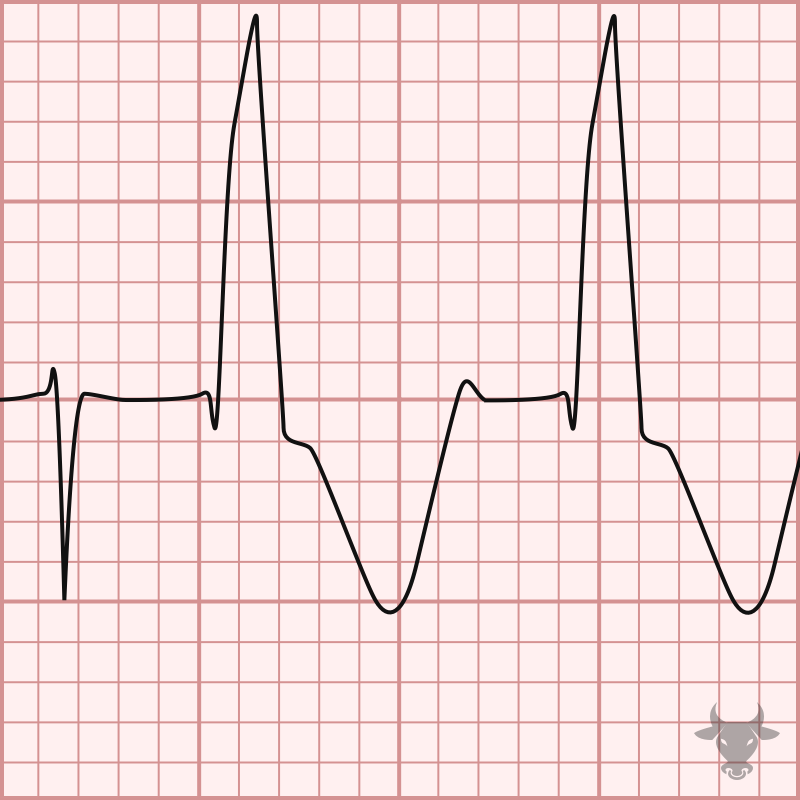 This is a phenomenon first described in 1947 in which the refractory period of the conduction system is proportional to the length of the preceding cycle, resulting in aberrant conduction when a short cycle is preceded by a longer one. For instance, when a long R-R cycle is followed by a short one, the right bundle is still refractory resulting in an aberrantly conducted complex that has a right bundle branch block morphology. It is commonly mistaken for an ectopic beat. This phenomenon is usually seen in atrial fibrillation. Several consecutive aberrantly conducted beats can have the appearance of non-sustained ventricular tachycardia when, in fact, they are explained by Ashman phenomenon. 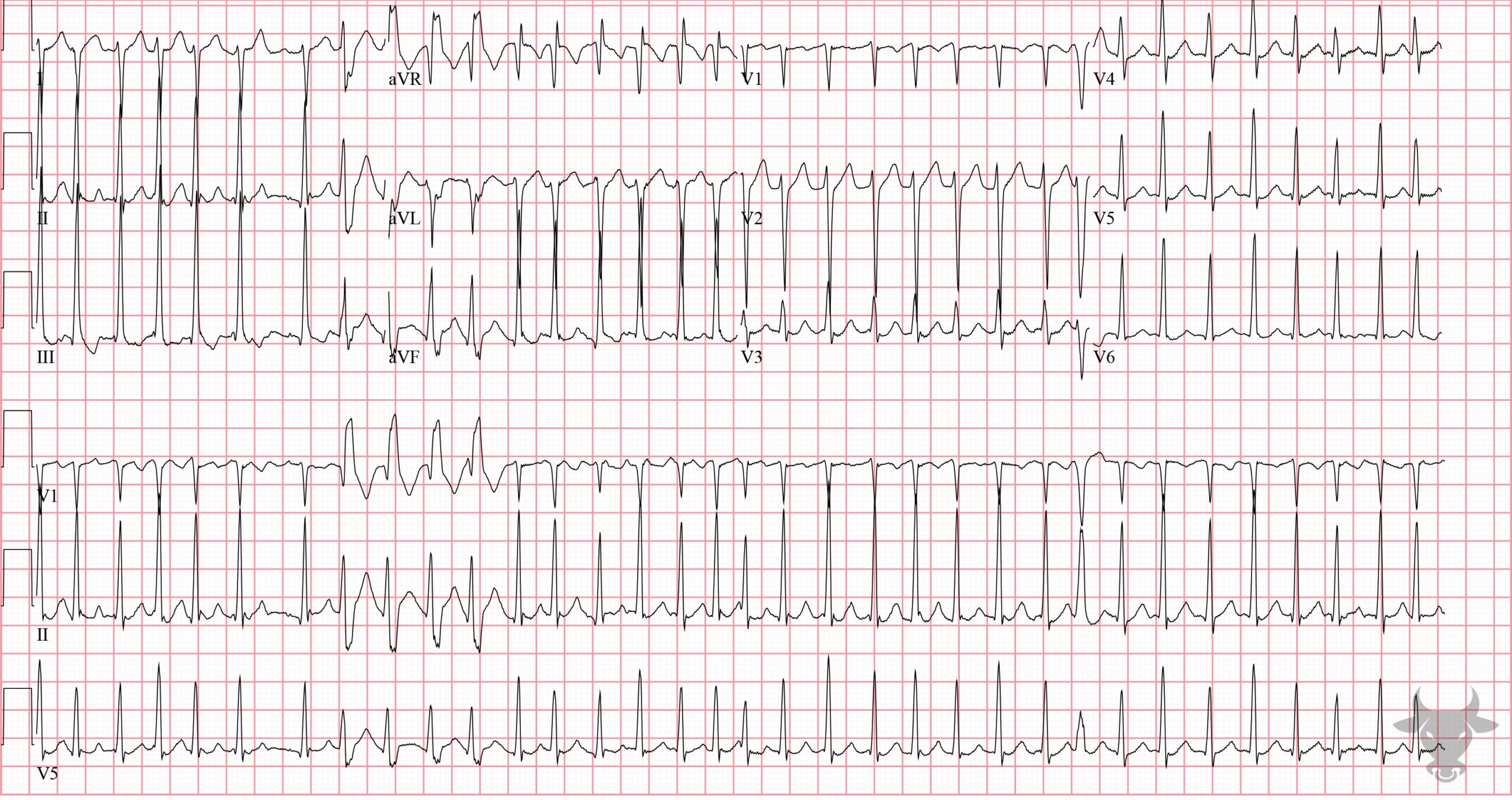 There is a series of aberrantly conducted beats with wide QRS complexes and unifocal morphology near the beginning of the rhythm strip consistent with Ashman phenomenon. Ashman phenomenon is a result of the variability in the refractory periods of the myocardium with varying heart rates. It can be mistaken for non-sustained ventricular tachycardia when it occurs in series, as with this case.